What is most likely to be an overlooked story from freebeacon.com:

You can watch it on YouTube: the moment when Ronnie O’Sullivan, the most talented snooker player in the world, proves a good enough sport to try out a virtual-reality pool game for a software developer in California. He puts on the projecting headset like an oversized diver’s mask with the lenses blacked out, the haptic hand controls imitating a pool cue, and he studies the arrangement of the balls. Then he leans down to line up the shot on the virtual pool table—and promptly falls flat on his face, because the table isn’t, you know, actually there to support him. “@#$%&*,” he curses, “that’s scary.” It is scary, in point of fact, and Ronnie O’Sullivan’s face-plant is a tempting image with which to begin describing the dangers the next generations of computer technology promise to create for us. But in the meantime, the snooker player’s stumble provides an unfortunate metaphor for the odd new book from tech guru Jaron Lanier, Dawn of the New Everything. The Virtual Is Not the Real 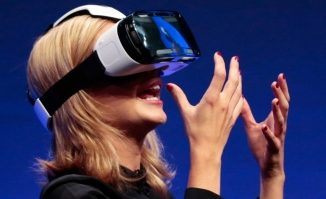 What Do You Think?

The Future is Here!